The SPRITE+ Advisory Board provides advice to the SPRITE+ Director and Management Team on the NetworkPlus’s strategic direction and activities. Specifically, the Board:

Professor Tom Rodden is Chief Scientific Advisor for the Department for Digital Culture Media and Sport (DCMS) and a Professor of Computing at the University of Nottingham. His research brings together a range of disciplines to tackle the emerging human, social, ethical and technical challenges as computing becomes a ubiquitous feature of our world and we increasingly use personal data and AI technologies. Prior to joining DCMS Tom was seconded as Deputy CEO of EPSRC where he was responsible for research strategy and acted as the UKRI lead in both AI and e-Infrastructure. Tom is a fellow of the Royal Academy of Engineering, a Fellow of the ACM and the a Fellow of the BCS.

Afia is a Portfolio Manager under the Digital Economy Theme, at the EPSRC, taking on responsibility for the Trust, Identity, Privacy & Security (TIPS) priority. Prior to joining EPSRC, Afia worked in various roles within higher education, with the most recent as Research Impact Policy Officer at City, University of London. Afia studied M.Res in Cognitive Neuropsychology & Rehabilitation from the University of Birmingham, with a focus on the use of interactive technology for diagnosis and rehabilitation of sensorimotor disorders.

Auriol is Global IT Director of the Applied Technology Group at Unilever as well as Chair of Unilever’s Design Authority, and a member of their Data Ethics committee.  Prior to joining Unilever, Auriol was previously CEO of the VTC Group (now trading as Inogesis). Auriol is deputy chair of the Advisory Board for the Institute for Security Science and Technology, Imperial College, and is a mentor both privately and to professional programs such as CyLon, GCHQ’s Cyber Accelerator and Cyber 101.

Benoît Dupont is Professor of Criminology at the Université de Montréal, where he holds the Canada Research Chair in Cybersecurity and the Philanthropic Research Chair in the Prevention of Cybercrime. He is also one of the co-founders and Scientific Director of the Smart Cybersecurity Network (SERENE-RISC), which brings together government, industry, non-profits and academic partners to facilitate the mobilisation and uptake of evidence-based cybersecurity knowledge. Benoît's research interests focus on the governance of security and the use of networked initiatives to enhance online safety, as well as the co-evolution of crime and technology, and in particular the social organisation of malicious hackers.

Emily Keaney is Director of Regulatory Strategy, Domestic, at the ICO. Emily was previously Director of the UK Regulators’ Network, a vehicle for collaboration between thirteen regulators across the financial, utilities, transport, communications, data, legal and financial sectors. Before that she was Head of Media Literacy and Children’s Research at Ofcom, the communications regulator, where she managed a large programme of qualitative and quantitative research into the ways in which adults and children use, create and understand media and the implications for policy. Emily has an extensive career in consumer policy and research, including in previous roles with the Communications Consumer Panel, The Arts Council and the Institute for Public Policy Research.

Nick Coleman is the Global Head of Cyber Security Intelligence Services at IBM. Previously he was National Reviewer of Security for the UK Government. He is an appointed advisor to the Executive Director of the EU Cyber Security Agency ENISA serving on the Permanent Stakeholders Group. He is an Honorary Professor at Lancaster University. He is a Fellow of the Institution of Engineering and Technology and a Fellow of the British Computer Society. He also holds an MBA with Distinction.

Dr Ola Michalec is a social scientist interested in policies and politics of digital innovation and climate change. In her research, she uses qualitative methods, participatory facilitation techniques and theories from Science and Technology Studies. She joined the University of Bristol in 2019 (Cyber Security Research Group) where she works on cyber security regulations in the critical infrastructure sectors. This is an exciting area, which brings together innovators, engineers, IT experts, lawyers, regulators and sector-specific expertise. Her key regulatory interests are the NIS directive and IoT standards. 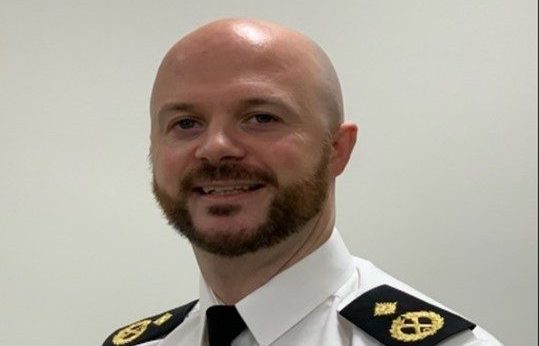 Pete is Assistant Commissioner at the City of London Police, NPCC Coordinator for Cyber and Economic Crime. Pete started his career at CoLP, and went on to specialise in cyber and economic crime. He later was seconded into the Metropolitan Police Service as the Head of Uniformed Operations at the London Borough of Newham. In 2017 Pete returned to the CoLP as Detective Chief Superintendent, Head of Crime and Counter Terrorism, and then went on to lead the CoLP’s Economic Crime Directorate that acts as the national lead force for fraud on behalf of UK policing. In 2018 Pete won the International Association of Chief’s of Police prestigious “40 under 40” award for his work in this field. Pete is currently the national policing lead for Special Branch reform, Intellectual Property Crime, and Controlled Drugs Liaison Officers.

Rem is an international lawyer and Partner at Field Fisher specialising in technology, digital media, telecoms, strategic sourcing, IP and privacy law. Rem is a regular contributor, speaker and chair on numerous topics including technology, media and communications law, sourcing arrangements, change management, innovation and enterprise. In 2019, Rem was appointed by the UK’s Communications Regulator, Ofcom, to serve as a non-executive member of Ofcom’s Advisory Committee for Wales; and was also appointed as expert member of the United Nations’ Global Geospatial Information Management Working Group (tasked with developing a new international legal and policy framework for the use and management of geospatial information); and by the World Bank as a special adviser and expert on the application of block chain for food supply chain traceability. Rem is also a Visiting Professor of Enterprise and Entrepreneurship.

Roger Maull is Professor of Management Systems and Academic Director of the Initiative for the Digital Economy at the University of Exeter (INDEX). He has been an investigator on 21 RCUK projects with a total value of £14m including £5.9m of active RCUK awards. His current research focuses on (i) using the Hub-of-all things (HAT) platform to consider questions emerging from the ‘personalisation paradox’ i.e. the consumer wants more personalised products and services while simultaneously being increasingly concerned about the uses of their data; (ii) working with food companies on collecting data on food use in the home; and (iii) Digitally Enhanced Advanced Services (DEAS), which places focus on how products or services are used rather than delivered.